In my research I am attempting to simplify the numerous research articles into easier to understand and more practical application methods for the home brewer.

We see this as a three-step process. 1. Will be full publication of the entire articles (as much is allowed) or the Abstracts , and 2. Our edited and simplified version (my opinion) and 3. our own ferments with specific LAB testing (as we can afford) and then to have these 3 objectives hosted in our Library for Home Brewers.

Thank you for your patience in this endeavor and we hope for your contribution once w get our blog and Library re-organized.

Kombucha has been (mis) labeled as a Lactic Acid ferment yet in most of the research on kombucha there was no lactic acid present and hence LAB would be present. Tests always revealed acetic acid was present and test always revealed Acteobacter present. But Kombucha was not a vinegar though it did reach intolerable acetic acid levels. Yet those levels were tiny compared to a real vinegar. What kept Kombucha more palatable were the lower levels less than 1% plus the creation of gluconic acid which was a smoother tasting acid. The addition of lactic acid made the kombucha even smoother and added a better mouth feel going great with the carbonation. Some folks feared lactic acid would create acidosis and cramping muscles while commercial breweries starting favoring Lactobacillus at the expense of Gluconacetobacter (acetic acid and gluconic acid) as LAB could produce the more pleasing lactic acid and minimum acetic acid,, carbonation and minimum alcohol and avoid or limit the yeast and their alcohol production which would cause Kombucha TEA to become Kombucha BEER and higher taxes and regulations. One common problem to commercial and home brewers alike was the competition between Acetobacter, Lactobacillus and the yeast. Each competing for the glucose (sugar) and nutrients. What long time kombucha enthusiast Len Polio termed the Balancing Act was for one to keep the other in the proper balance. Too much yeast and you have wine, Too much bacteria and you have Vinegar. Long story short. Make a healthier, tastier, smoother elixir.

Below are two abstracts that I read a few years ago that got my juices flowing. and point out the benefit of the Synergy between Kombucha and Kefir. Kombucha is a Gluconacetobacter Acetic Acid / Gluconic acid producing bacteria while Kefir is principally a Lactobacillus lactic Acid producing bacteria. What role the yeast, and which yeast played contributing roles are still a question.

We are presently working on a practical brewing presentation and expect to have some lab testing performed on our own Kombucha Kefir Hybrid with a focus on 1. Taste, 2, reliability and predictability and 3. LAB analysis on D-saccharic acid 1,4 lawton (DSL) and glucuronic acid acetic acid lactic acid gluconic acid. Our prior testing were limited to acetic acid, gluconic acid, and lactic acid.

There are a number of research articles on Kombucha Milk Ferments that we are digesting along with the Kombucha Hybrid and we will publishing our reports as we go along directing the numerous Kombucha Research articles that have recently (last 10 years) been published.

Symbiosis between Microorganisms from Kombucha and Kefir: Potential Significance to the Enhancement of Kombucha Function

Abstract Gluconacetobacter sp. A4 (G. sp. A4), which had strong ability to produce d-saccharic acid 1, 4 lactone (DSL), was the key functional bacteria isolated from the kombucha preserved. This paper investigated the interaction between G. sp. A4 and ten different strains of lactic acid bacteria (LAB) obtained from kefir. The result suggested that the LAB promoted DSL production of G. sp. A4 to different extents, ranging from 4.86% to 86.70%. Symbiosis between G. sp. A4 and LAB was studied. LAB’s metabolites, xylitol, and acetic acid, were utilized by G. sp. A4, and it promoted the growth of G. sp. A4 and yield of DSL. Therefore, in developing starter cultures for kombucha fermentation process, a mixed flora of LAB and G. sp. A4 would be the optimal combination. Keywords Kombucha.Gluconacetobactersp.Kefir.Lacticacidbacteria.Symbiosis. D-saccharic acid 1,4 lacton

Kombucha is sweetened black tea that is fermented by a symbiosis of bacteria and yeast embedded within a cellulose membrane. It is considered a health drink in many countries because it is a rich source of vitamins and may have other health benefits. It has previously been reported that adding lactic acid bacteria (Lactobacillus) strains to kombucha can enhance its biological functions, but in that study only lactic acid bacteria isolated from kefir grains were tested. There are many other natural sources of lactic acid bacteria. In this study, we examined the effects of lactic acid bacteria from various fermented Vietnamese food sources (pickled cabbage, kefir and kombucha) on kombucha’s three main biological functions: glucuronic acid production, antibacterial activity and antioxidant ability. Glucuronic acid production was determined by high-performance liquid chromatography– mass spectrometry, antibacterial activity was assessed by the agar-well diffusion method and antioxidant ability was evaluated by determining the 2,2-diphenyl-1-picrylhydrazyl radical scavenging capacity. Four strains of food-borne pathogenic bacteria were used in our antibacterial experiments: Listeria monocytogenes ATCC 19111, Escherichia coli ATCC 8739, Salmonella typhimurium ATCC 14028 and Bacillus cereus ATCC 11778. Our findings showed that lactic acid bacteria strains isolated from kefir are superior to those from other sources for improving glucuronic acid production and enhancing the antibacterial and antioxidant activities of kombucha. This study illustrates the potential of Lactobacillus casei and Lactobacillus plantarum isolated from kefir as biosupplements for enhancing the bioactivities of kombucha.

Conclusions Lactobacillus spp. isolated from KBC and kefir, in particular some strains of L. casei and L. plantarum, show improvements in the GlcUA concentration and the antibacterial and antioxidant activities when used to supplement KBC compared with the original KBC. This enhancement of the biological functions of KBC may increase the popularity of these fermented drink products. These findings once again demonstrate the value of Lactobacillus strains in the food and beverage industry. However, further investigations into the mechanisms involved in biological metabolite production are necessary. These preliminary findings are a significant step towards producing fermented tea with improved health benefits. 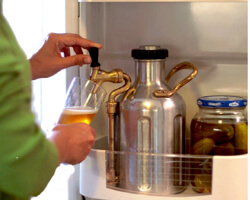 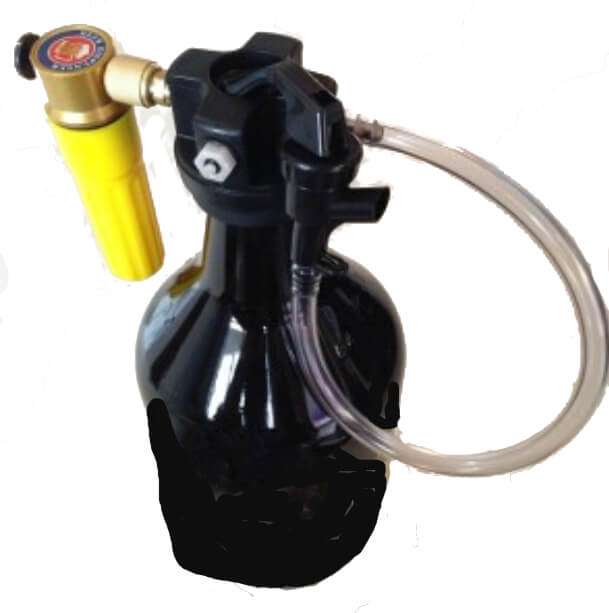 Get the latest updates on new products and upcoming sales